Here we are nearly at the end of the year and the new Parliamentary term has only just begun. We had the Commission and State Openings of Parliament last week, very special occasions for MPs, after which new arrivals give their maiden speeches and will be allowed to participate in debates.

This was my third time going through the ceremony but this time it was extra special because my mother Trish came along to watch. Sadly the wet weather precluded the usual military and ceremonial pageantry on the forecourt of Parliament but Mum still appreciated the grandeur and majesty of the events inside the Debating Chamber, Great Hall and Legislative Council Chamber.

In the 53rd Parliament I have been allocated the roles of Opposition Spokesperson for Internal Affairs as well as Trade and Export Growth. These substantial portfolios will certainly keep me busy and there will be a lot to hold the Government to account on as they roll out their programme in international trade and domestic affairs for the next three years.

It was an honour to be re-elected as the MP for Bay of Plenty in October and I am very humbled by the support I received. As always, I will continue to advocate for the Bay in Parliament and will be watching to ensure that the best policies are being implemented by the Government for our region.

However, it’s disappointing that the 4-lane Tauranga Northern Link project has been delayed again - by another 12 months. And, on top of this delay, they are reducing the speed limit between Te Puna and Katikati to 80 kph. This is going to strain our city's productivity even further, with increasing congestion on the highways leading in and out of Tauranga.

It is also a blow that the Government has only agreed to admit a total of 2,000 RSE fruit pickers for the entire country when the kiwifruit industry needs 8000 more workers for Harvest 2021. Lots to keep pushing for.

Below you can read about some of the events I've attended over the last few months. Getting out and about in the electorate gives me the chance to meet some very inspirational people.

Papamoa is hosting our city’s Christmas parade on Sunday 13 December at 10.30 am. Please come and show your support for the community and all those who live and work here. The parade will run along Dickson Road from Douglas Place to the Plaza. The Tauranga Ulysses Motorcycle Club will be doing a toy run prior. You can view more details of the PAK'nSAVE Papamoa Christmas in Toyland Santa Parade 2020 here.

Best wishes for a wonderful Christmas and New Year. I hope you have the opportunity to relax with loved ones and that, wherever you spend the holiday, you are blessed with fine weather and happy times. 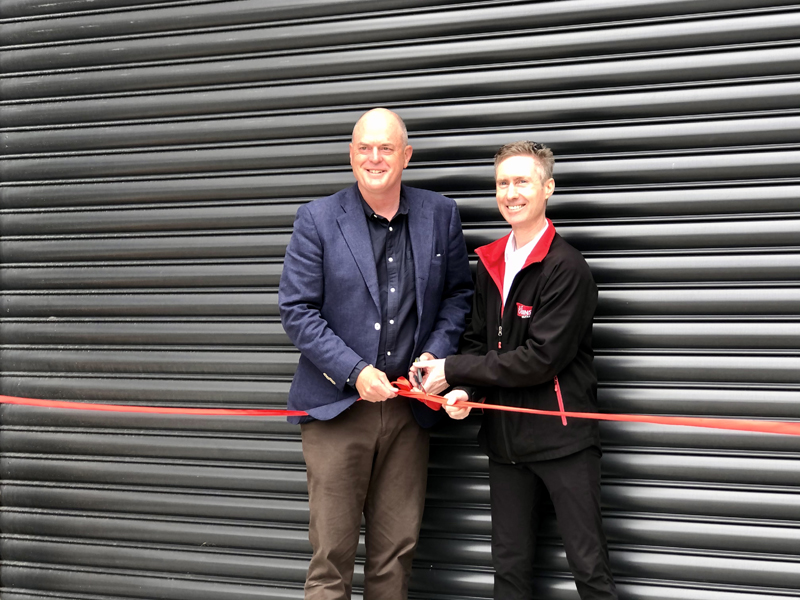 It was a pleasure to co-open the new Just Cabins factory recently established in Tauriko with co-owner Fenton Peterken. This innovative portable cabin rental business has expanded throughout New Zealand and it's great that they chose the Bay for their North Island manufacturing facility. 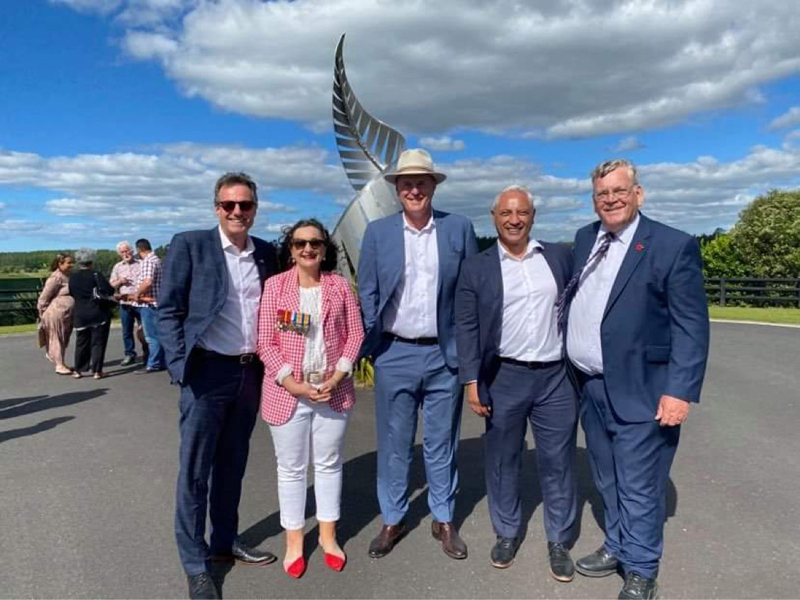 I was honoured to be invited to  participate in a ceremony at the Omanawa home of one of our WW1 soldiers’ grandsons recently. The event was a commemoration the Battle of Ayun Kara, in which New Zealand lost 40 soldiers in 1917. For me it highlighted the importance of remembering our history because, while few today may be aware of this battle, it holds special relevance in Israel today. In the photo with me are Kelvin and Kathryn Clout, Hon Alfred Ngaro and Christopher Archer. 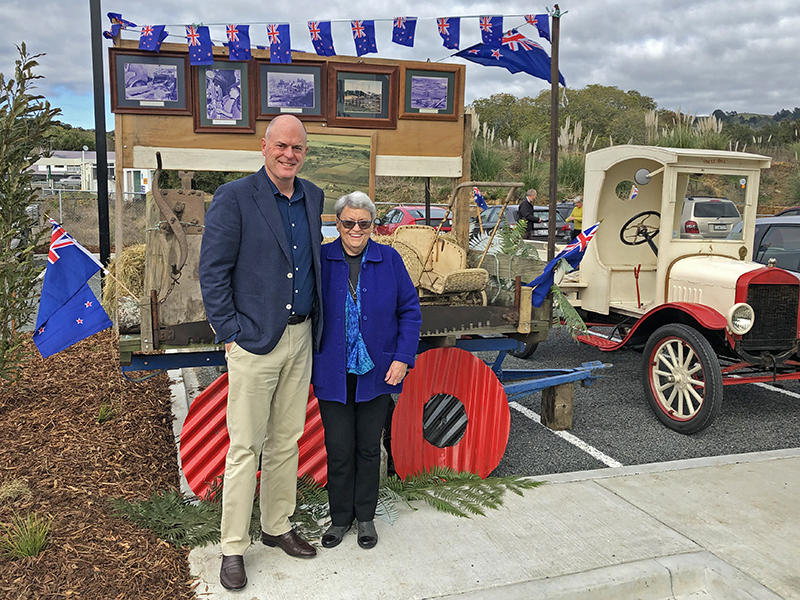 Following a five year restoration project, the Te Puna Hall was recently re-opened. It was a pleasure to attend the ceremony with my mother Trish. Growing up nearby, the old Memorial Hall was an important feature of my childhood, with many key events held there over the years. I will be holding my monthly constituent clinics at the Te Puna Hall on the third Monday of the month. Keep an eye on my website for date and time details. 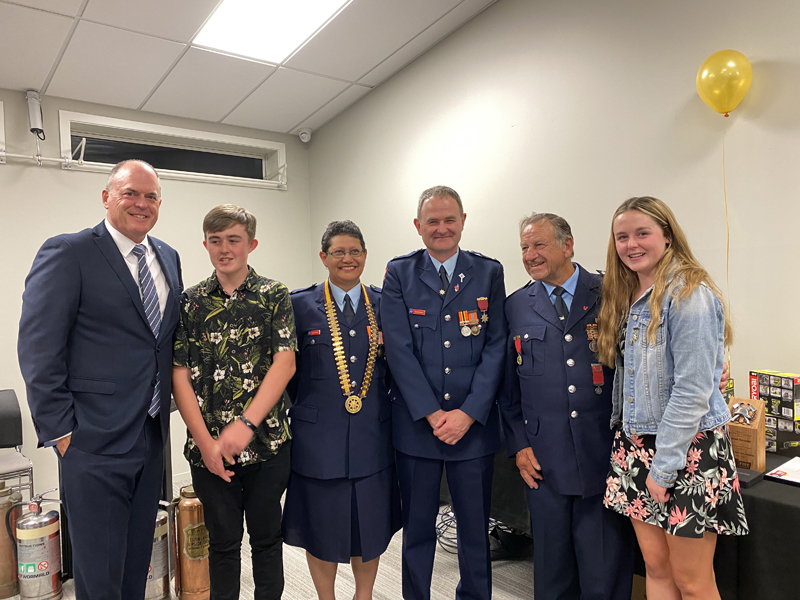 There's something truly special about New Zealand's volunteer fire fighters. They put themselves at risk and make many sacrifices to come to our aid when we need them, not just fighting fires, but attending all manner of emergency call outs. So I was especially pleased to attend the Papamoa Volunteer Fire Brigade Gold Star Event recently to mark Aaron Dawson's 25th anniversary of service. I am pictured here with Aaron and his supporters and family. 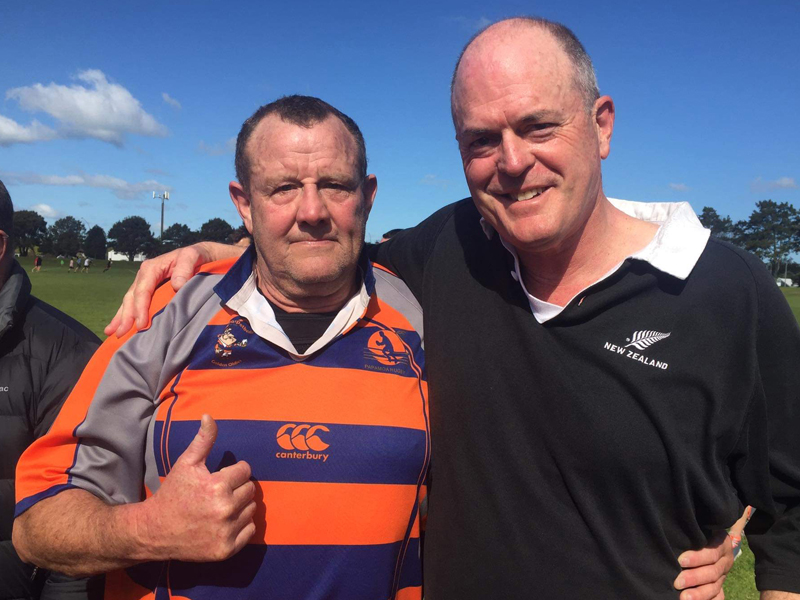 2020 did not have a long rugby season so I jumped at the chance to referee a game between two of my favourite teams: Papamoa Potbellez and Te Puna Home Guard. It's hard to believe I'm actually old enough to participate in the Golden Oldies division, and it's a long time since I played, but I must have been okay as Lucko (pictured above) reported "Whistles Muller was going to do about 10 minutes or so but he was so bloody good he did the whole game, good on ya Todd". High praise from a rugby icon.