Parliament has just concluded its first sitting block for 2021 and it's been intense. We had another interruption from Covid-19 when a Level 3 lock down prevented Auckland MPs from travelling to Wellington. With fewer than 30 MPs in the House it was quite an eerie environment.

MPs also endured a period of urgency which the Government called so they could ram through legislation on Maori Wards. This was surprising for two reasons. Firstly, New Zealanders were not given any indication from Labour during last year's election campaign that they were planning this change to legislation, and secondly, because electoral reform has traditionally been a topic for wide consultation as a nation. What kind of non-transparent democracy are we seeing from this Government? We have now seen the reality of their majority in Parliament: they will do what they want when they want, because they can.

Whatever your views on whether councils should have separate Maori wards, this law change was undemocratic. It had only two days allocated for select committee submissions, which had to be held over Zoom, on a weekend. You can watch my speech in the debate here in which I make it clear that this process and its intent were deeply flawed.

With Parliament in recess for the coming week, I am looking forward to spending time in Bay of Plenty electorate. Hearing feedback from the community is valuable to me and helps me better represent my constituents in Wellington so do say hi if you're out and about, or come to my public meetings next month (link below). 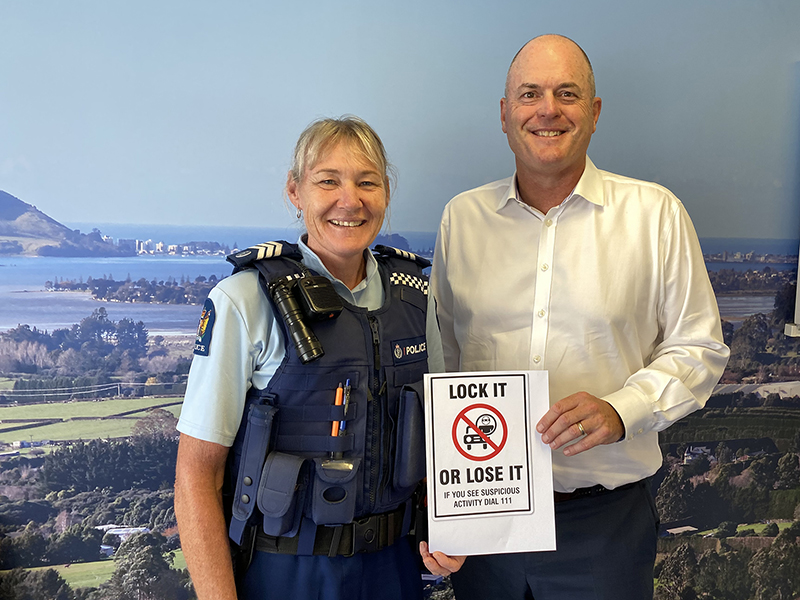 I had an interesting catch up with Sergeant Linda Tamehana from Papamoa Police and her regional colleagues recently and will be inviting them to upcoming community meetings to share their insights on local crime.

It's apparent that the Bay of Plenty is being increasingly affected by crime against property. In particular, there are greater numbers of car thefts and break ins, with thieves targeting unlocked cars and helping themselves to pay wave cards. The Police recommend taking valuables with you when leaving your car, or at the very least, hiding them from view, and locking your car.

Another worrying piece of data from the Minister of Police shows that gang membership has increased in the Bay of Plenty by 41.5% since 2017. Growing gang sizes is certainly not what we want here in the Bay and we want to stop it now. We want to see growth in jobs, housing and mental health facilities. Not growing crime. 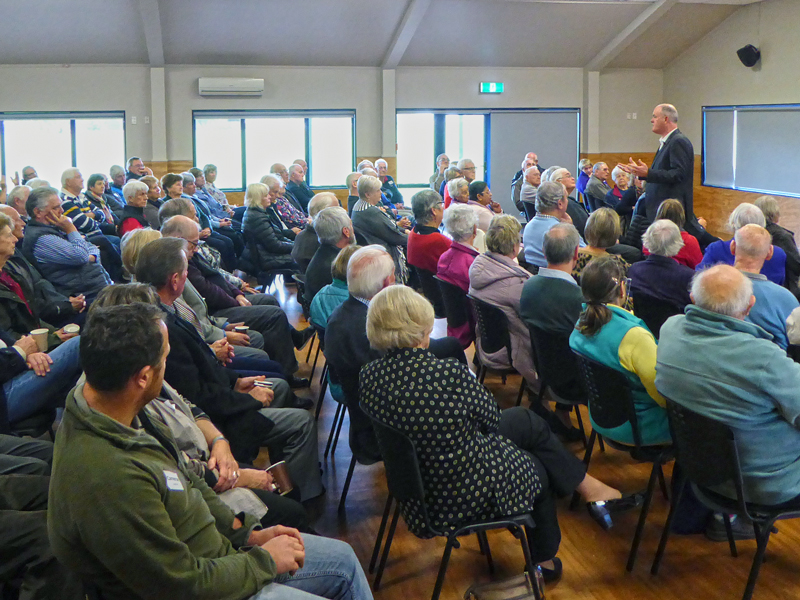 I have three community meetings planned in March that constituents are invited to attend.

On Wednesday the 3rd of March there is a meeting at the Sport Fishing Club for a discussion about the fishing ban on the reefs off Motiti Island. I'll be accompanied by our Opposition Spokesperson for Oceans and Fisheries and the Regional Council's coastal plan team.

On Monday the 8th of March I'll be at Welcome Bay Community Centre to talk with residents and hear their neighbourhood crime concerns. We'll have police from Tauranga South on hand to discuss local goings on.

On Monday the 29th of March I'll be at the Kaimai Hall for a catch up with local residents to hear their concerns. One topic I hear a lot from this area is the lack of affordable high speed internet. There are also concerns about local crime so if you are affected by these issues, or have other topics you'd like to raise, I'd love to see you there.

All three meetings are available for registration here. 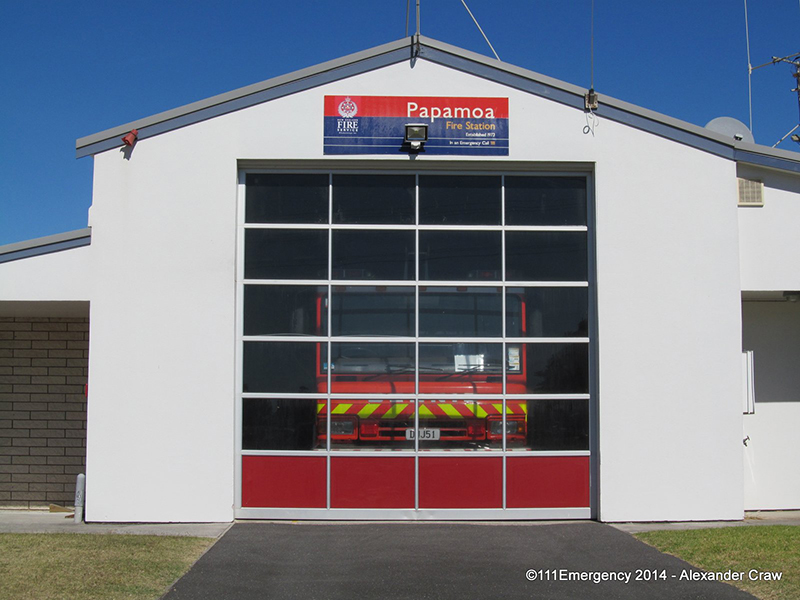 Despite receiving over 8,000 signatures on a petition, Papamoa's Volunteer Fire Brigade siren has been silenced at night due to a single noise complaint. I recently met with the Minister of Internal Affairs, who has responsibility for Fire and Emergency services, explaining that the vast majority of Papamoa residents feel safer having the siren operate 24 hours a day. She advised that the volunteers have two other methods of alert when they are called out and that is considered sufficient. We hope she's right and that there is no loss of life or property as a result of communication failure in the future. 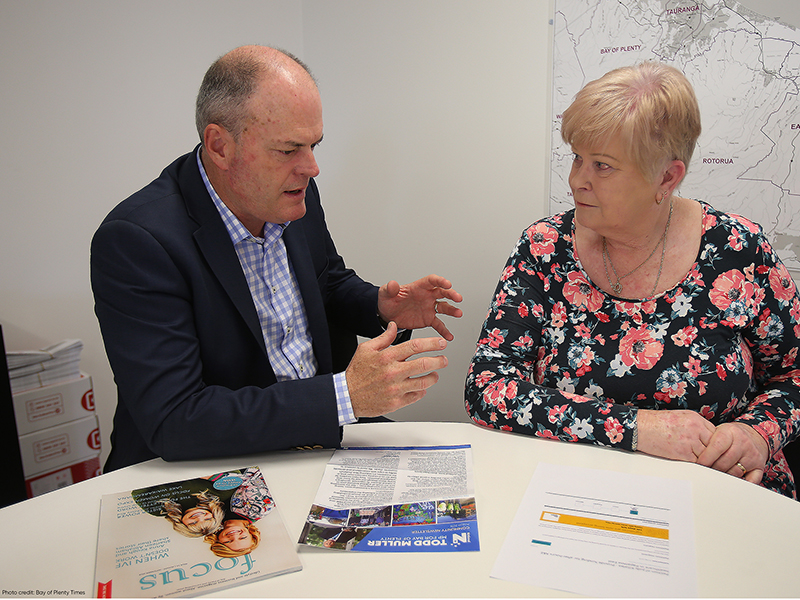 Judy Killalea's petition for after hours medical facilities was heard by the Health Select Committee who have recently released their findings. It's heartening to read that the Committee agrees that Papamoa needs the medical resourcing to match its population growth. I'm meeting the Chief Executive of the Bay of Plenty DHB next week and will be asking for an update on the process and will continue to push for the health care we need in Papamoa. Judy's moving northwards next month but advises she'll continue her fight for after hours emergency services from her new home. We wish her well for the move and remain grateful for her efforts on our behalf. 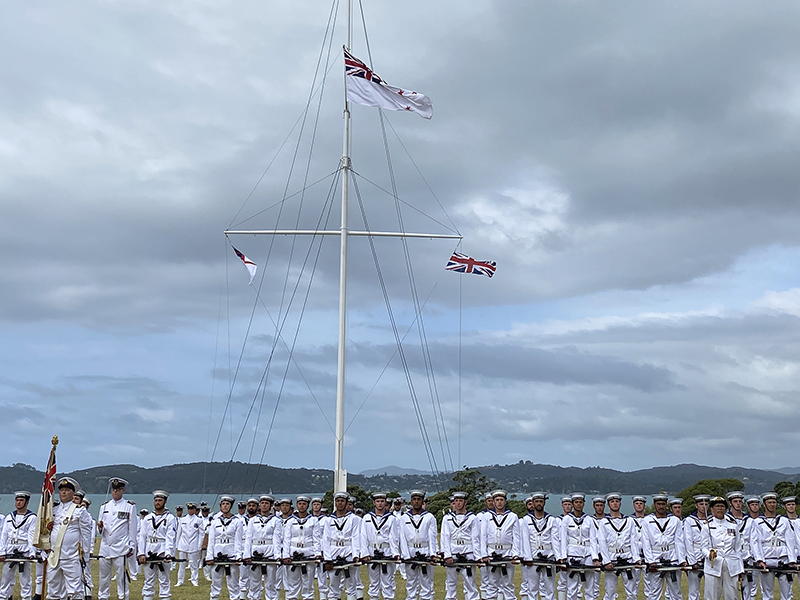 As a member of the Parliamentary Maori Affairs Select Committee it was an honour to attend the official Waitangi Day commemorations on the 6th of February. There is something very special about being at Waitangi for events such as pre-dawn prayers and the lowering of the ensign. We are so lucky that, at a time when other nations remain locked down, we can mingle to watch key events on our country's national day.