New Zealand is now in Orange under the Covid traffic light framework.

Have you noticed that your shopping bills are higher this March than last? I certainly have, and so have many constituents who've shared their frustration with me.

Labour is taking Kiwis backwards with a cost of living crisis in New Zealand. Since Labour came into office food prices are up more than 13 per cent – shoppers now have to spend nearly $4 for a kilo of cabbage, $12/kg for broccoli, $7 for a lettuce

The average rent is up $140 a week; and it costs $45 more at the petrol pump to fill a standard tank.

Figures recently released by ASB reveal that New Zealand households will have to find another $150 per week, on average, as inflation is expected to sit at around 6% for the rest of this year. Food, fuel and housing costs will see the greatest increases, which will mean for those who don’t receive pay rises, discretional spending will have to be cut. This is terrible news for our hospitality, tourism and retail sectors, who have spent the last two years in Covid-19 regulation hell.

Rising interest rates will affect mortgage holders, and in turn, their tenants. Those with overdrafts, personal loans or credit card debt will also feel the increasing pinch.

This current cost of living crisis is coming on the back of the existing housing crisis, which this government done the very opposite of fixing. Here in the Bay of Plenty, between January 2021 and 2022 the weekly mortgage payment for a first home buyer with a 20 percent deposit has increased by up to $259 per week and with a 10 percent deposit, the estimated weekly increase in mortgage payments has risen by up to $358 per week.

At the upcoming Budget in May, the Finance Minister should use a portion of his record $6 billion to adjust income tax thresholds to account for the inflation we’ve seen under Labour.

These changes wouldn’t make anyone rich, but for Kiwis who are suffering under the weight of the cost of living crisis, every dollar counts.

Nor would these changes require cuts to existing services like health, education or the Police. They wouldn’t mean austerity or a Budget with no new spending. They would be met from the Finance Minister’s record $6 billion new spending. Labour believes they can spend your money better than you can while National believes Kiwis deserve some relief from the current cost of living crisis.

April is traditionally a month of holidays for many of us. With the cost of fuel so high road trips will be an option for very few, but if you're staying home at Easter, please do your best to support our local businesses. 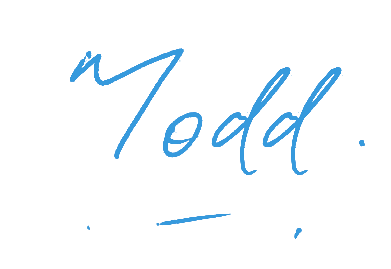 When I'm not attending Parliament in Wellington I do my best to support local business. An increase in minimum wage, an additional statutory holiday and Covid-19 restrictions have been worsened by higher freight costs and supply chain hold ups. I think it’s really important that we support our local retailers and hospitality businesses as much as possible. 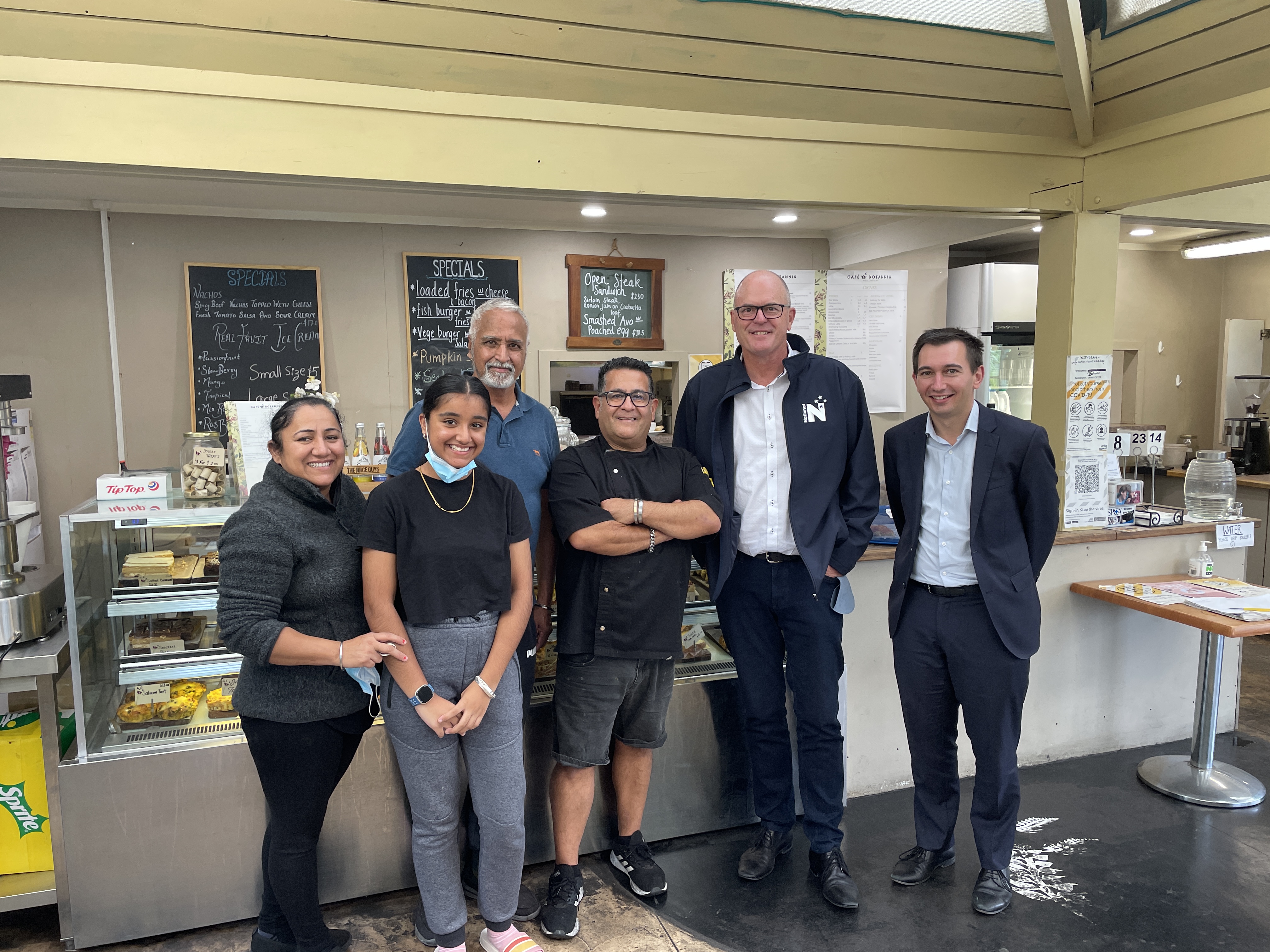 I took my colleague Simeon Brown for lunch at Cafe Botannix at Palmers Welcome Bay for one of the Bay's best toasted sandwiches between meetings this week. Thank you to Baljit, Jasjot, Makhan, Pedro and the team at Botannix Welcome Bay. 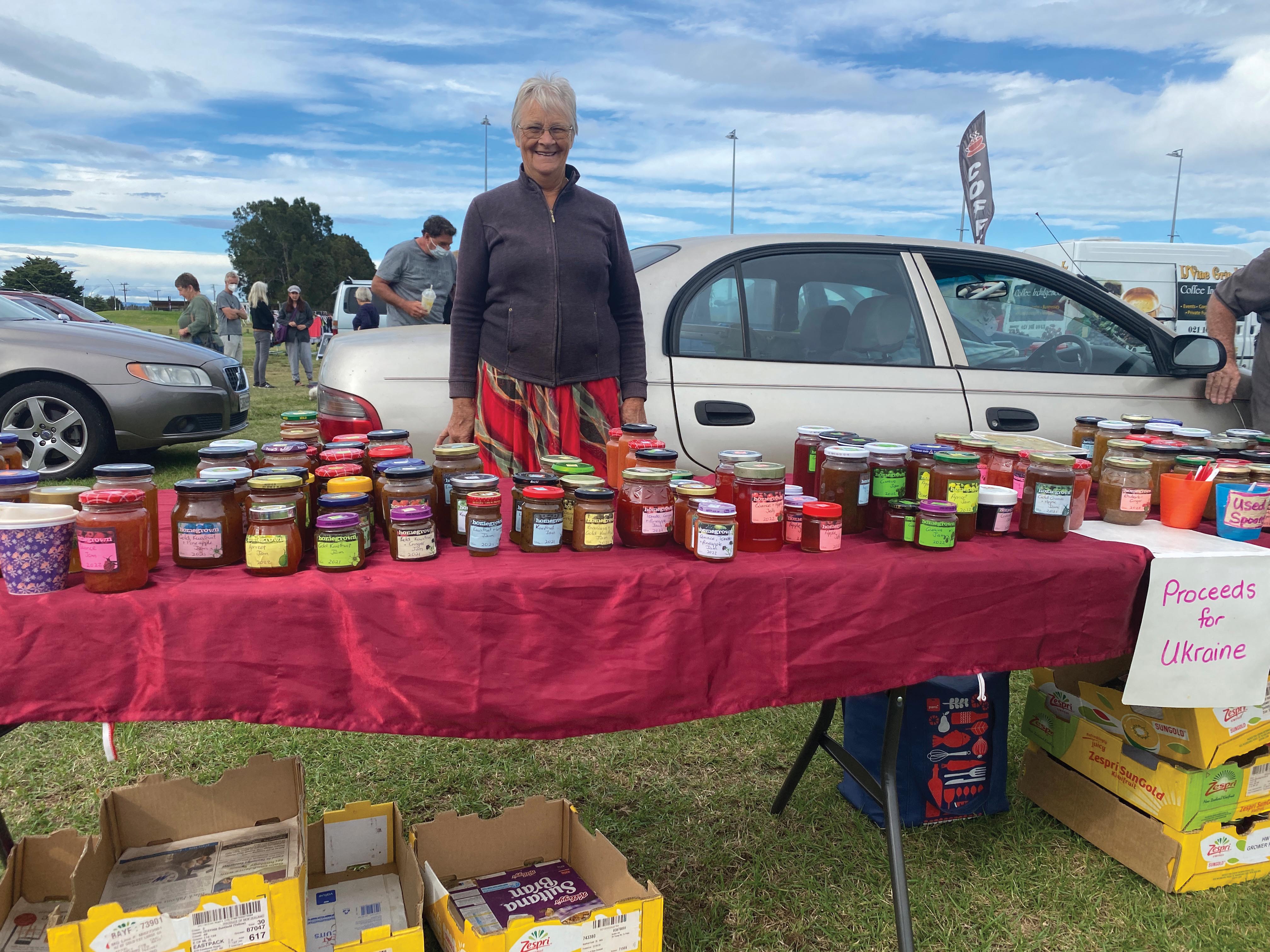 The Papamoa Lions Market is held on the 2nd and 4th Sundays of the month (weather permitting) at Gordon Spratt Reserve in Papamoa East. 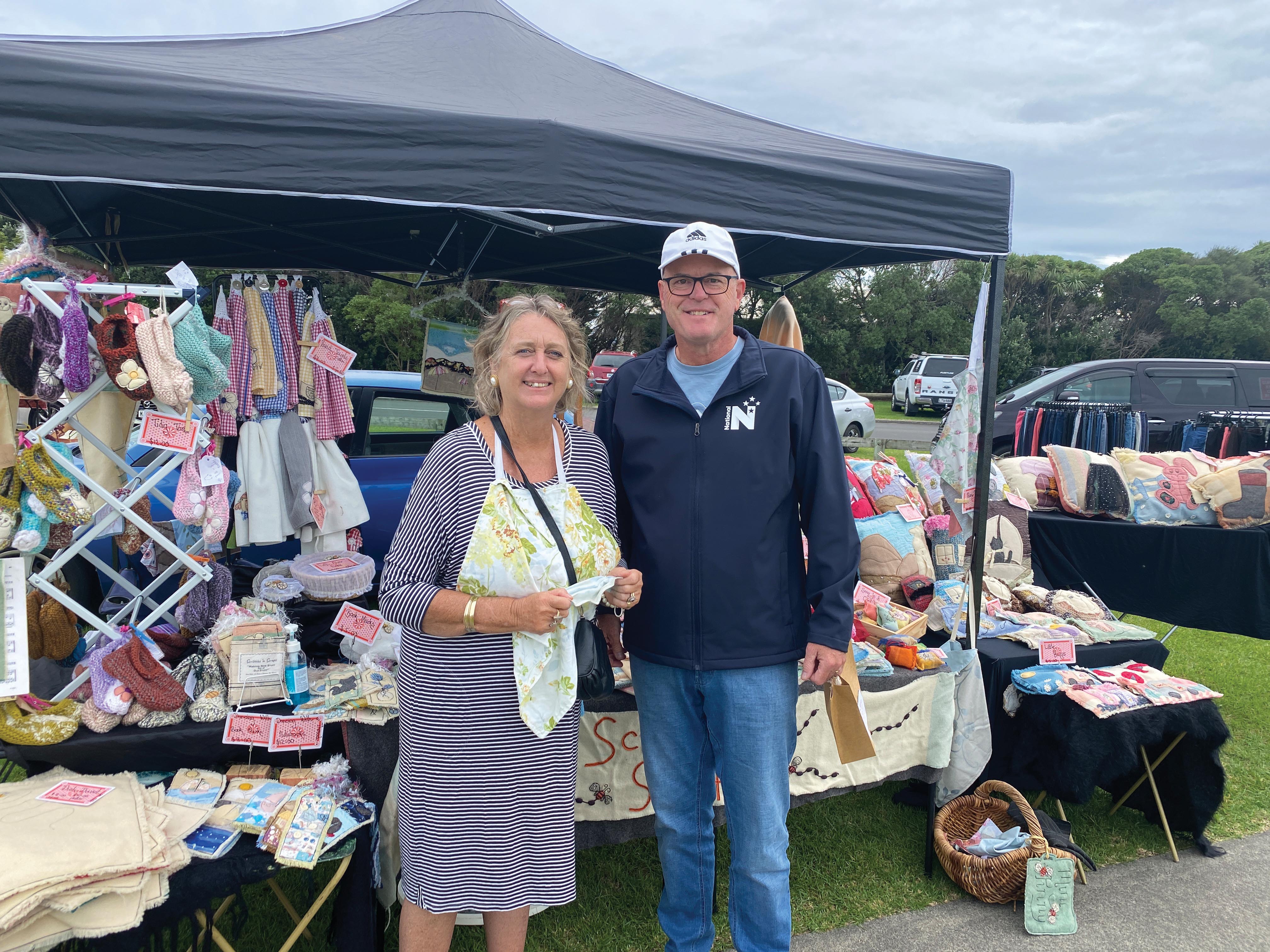 Home made jams from garden fruit and oven gloves hand made from wool were my most recent purchases. 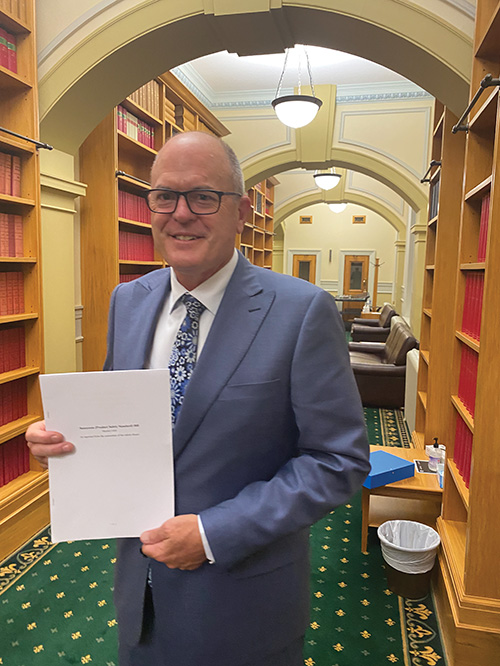 In March my Sunscreen (Product Safety Standard) Bill passed in Parliament. This means sunscreen brands will soon need to comply with the SPF rating stated on their label, something they were not previously required to do, which I have fixed through the Fair Trading Act. Recently Consumer NZ reported that seven out of eight sunscreens tested failed to live up to claims on their packaging - a frightening thought given that New Zealand has one of the highest skin cancer and melanoma rates in the world. Now my Bill is in place, any breaches could see significant fines of up to $600,000 for a company. As someone who’s had many skin cancers removed, this was an important achievement, not only for me, but for the many people prone to the effects of our harsh sun. It’s not often a Members’ Bill is passed, which goes to show how overdue it was. I’m looking forward to safer summers. 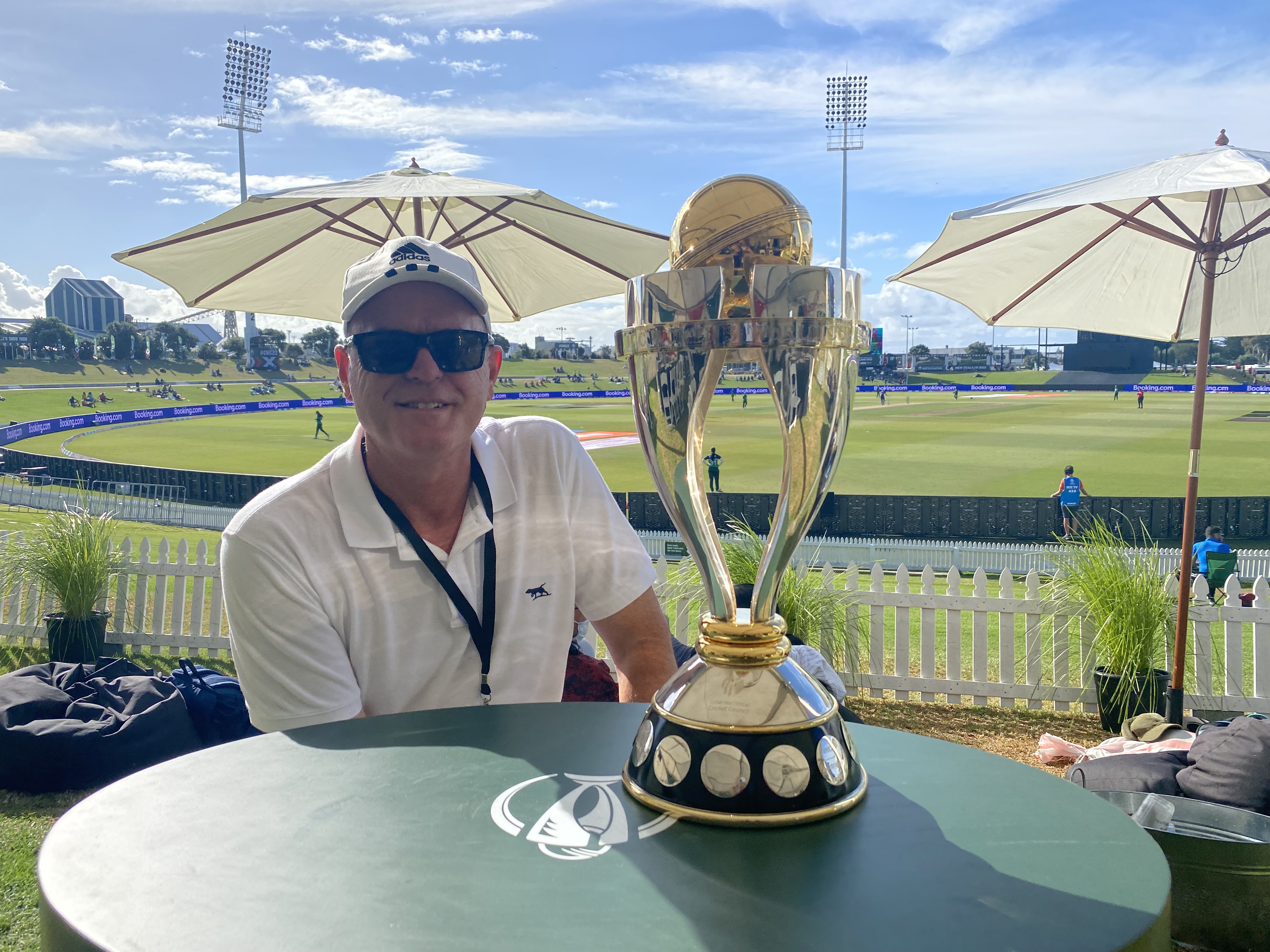 After many events have been cancelled throughout New Zealand due to Covid-19 restrictions, it was brilliant to see some cricket in March with the Bay Oval hosting the ICC Cricket World Cup. A much-needed boost for our city’s hospitality businesses and great for our young players to see inspirational sports professionals at work. 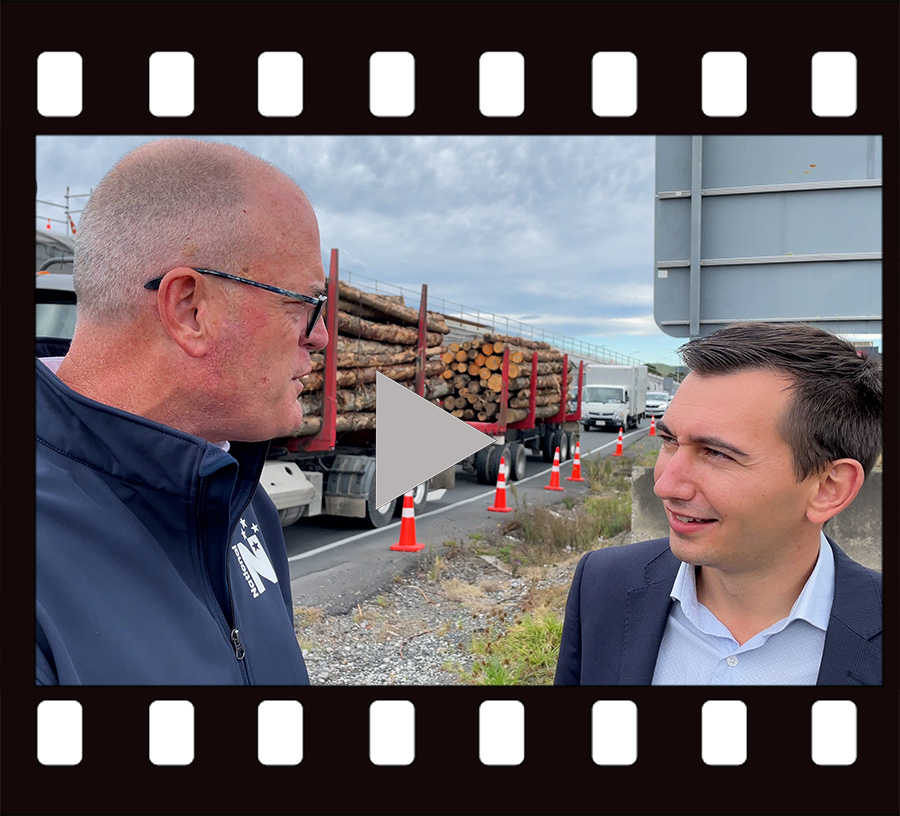 As Opposition Transport Spokesperson, Simeon Brown visited the Bay recently and appreciated a close up look at the over-budget and behind-schedule Bayfair to Baypark Link project. From a $120 million project to be finished by 2020 we are now looking at a cost of $262 million to be finished (hopefully) in late 2023. It’s like rush hour all day, every day, for people travelling between Papamoa, Mount Maunganui and Tauranga.

Nicola Willis, Deputy Leader of the Opposition: Monday 23 May 2022 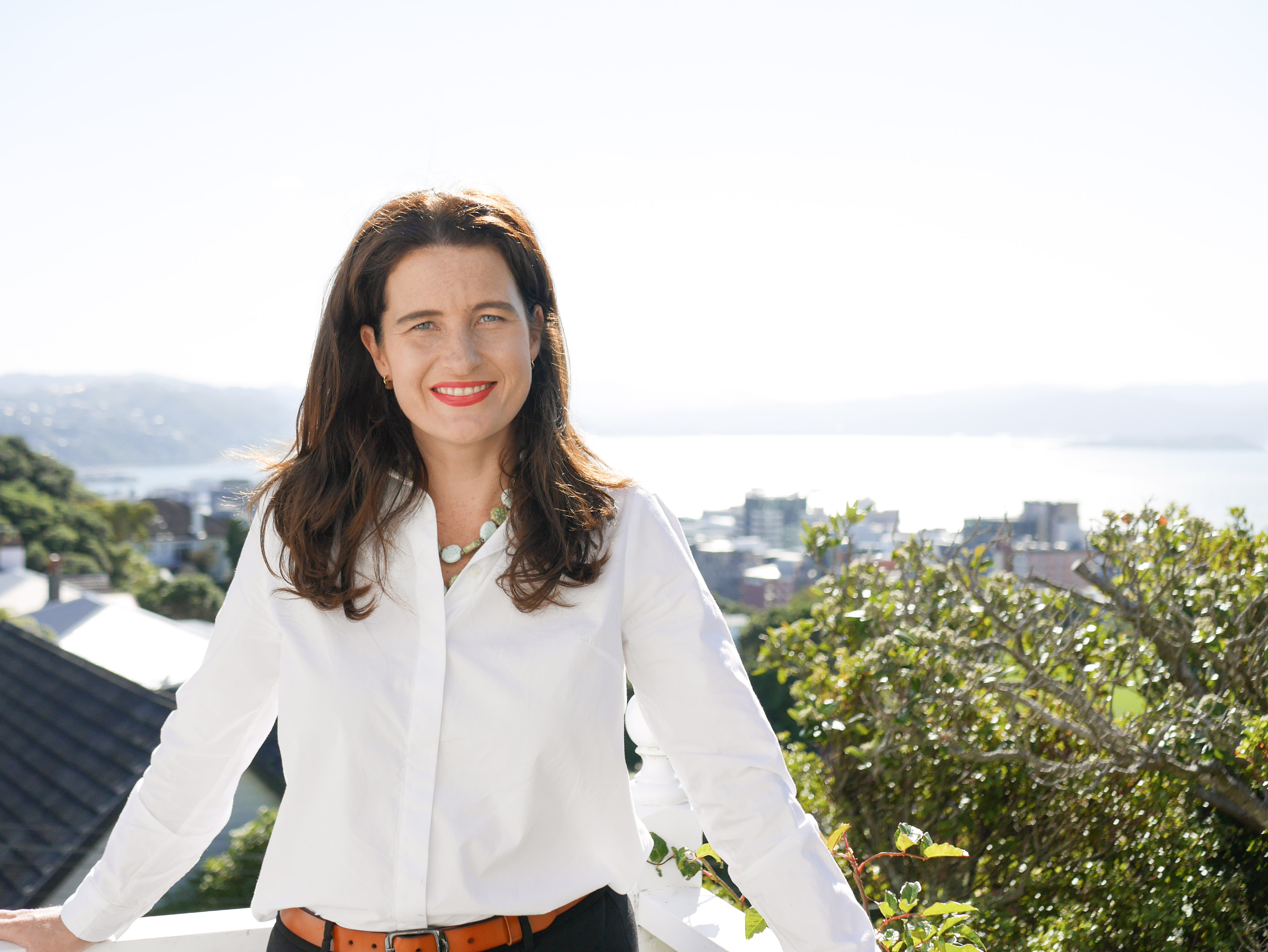 My good friend and colleague Nicola Willis is visiting the Bay of Plenty electorate in May and will be addressing a lunch meeting with the Tauranga Chamber of Commerce. It's a great chance to hear from the Opposition Finance Spokesperson just a few days after the Government has announced its 2022 Budget. Book in advance to avoid missing out on this event that will be popular with many in our community.

Visit this link to book. 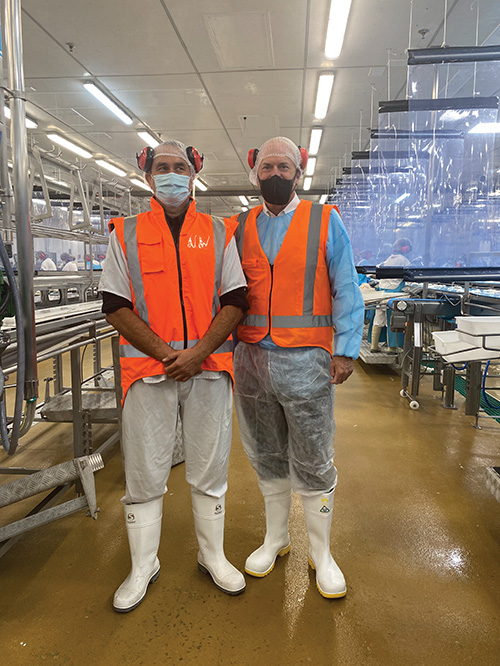 In my Oceans and Fisheries spokesperson role, it’s important that I meet regularly with stakeholders around the country to see how they’re getting on and learn more about key issues in the industry. I recently went down to Nelson, home to some of New Zealand’s largest seafood companies that have had huge successes in domestic and offshore markets. 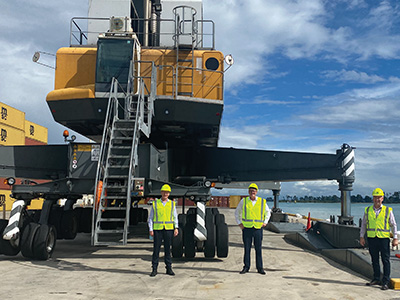 I spoke with great people at Talley’s, Sealord, NZ King Salmon, QuayConnect and Port Nelson – where I got to take a look at how things operate at the biggest seafood processing port in Australia.